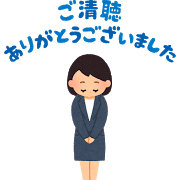 Part 2: Interplay of Infringement Proceedings and Validity Determination in the US and in Japan (15:45 – 18:15)
Moderator: Christoph Rademacher (Waseda University School of Law)

【Summary】
As in previous years, the 2016 Waseda Global Patent Law Conference will provide a forum to review and discussion current topics in international patent law. The first part of the conference will focus on exhaustion of patent rights, a topic that has been vigorously discussed in the US in the context of the Federal Circuit’s en banc decision in Lexmark Int’l, Inc. v. Impression Prods., Inc. rendered earlier this year, in which the court affirmed the doctrine of international patent exhaustion. It remains to be seen whether or not the Supreme Court, that had removed international exhaustion in the area of copyright law in Kirtsaeng v. Wiley in 2013, will decide to review the Federal Circuit’s opinion or not. While Japan has not experienced groundbreaking revisions of exhaustion doctrine in patent or copyright law in recent years, the much-noted IP High Court decision Samsung v. Apple did include an interesting discussion on patent law exhaustion that may give rise to some adjustments. During the first part of the conference, experts from the US and from Japan will provide an in-depth review as well as an outlook on exhaustion doctrine in Japan and the US.

The second part of the conference will focus on the interplay of infringement and validity decision-making in the US and in Japan. Running somewhat contrary to the development that Japanese patent litigation has seen after the Kilby decision in 2000, the US effectively upgraded the role of the patent office in validity determination in infringement proceedings when it introduced the inter-partes review procedure conducted at the Patent Trial and Appeal Board (PTAB) in 2011. In recent years, the PTAB has gained a reputation for a strict and speedy review of patent’s validity that now often prompts district courts to stay infringement proceedings and await the PTABs decision on validity, thus changing the momentum of patent litigation very significantly. The recently appointed Chief Judge of the PTAB, Judge Rushke, will introduce and discuss the role and legal practice of proceedings at the PTAB, marking the conference as the first public lecture of an acting PTAB Chief Judge in Japan. Judge Jordan (Court of Appeals for the 3rd Circuit), a veteran judge with extensive experience in patent infringement proceedings, will provide his view on the current interplay of validity and infringement proceedings. Chief Judge Shitara from the IP High Court will introduce the recent Japanese position on how to appropriately review patent validity in infringement proceedings; finally, experts from academia and practice will further contribute to the discussion.

Both parts of the conference will conclude with a comparative panel discussion and a Q&A session allowing attendants to ask questions to the speakers.